Sencit | The Rise of Video Game Trailers During the Pandemic

The pandemic shook up a lot of life as we knew it, including the trailer industry. While theatrical releases were hit hard by social distancing, video games have enjoyed unprecedented growth. In the era of staying at home, a single game can provide hundreds of hours of interactive entertainment and a myriad of ways to connect with friends and family. Couple that with the emergence of next-gen consoles—which offer a serious bump in technological capability—and we might just be looking at the next golden age of gaming.

This dynamic begs the question: what does the rise of video games mean for those of us working in trailer audio?

While video game trailers often borrow tropes and trends from traditional theatrical trailers, there are important differences between the two mediums being marketed. While film offers audiences two hours of passive engagement, video games contain an abundance of content that can be accessed through a range of active engagement styles. This means game marketers have to create far more A/V assets—story trailers, walk-throughs, etc.— to sell audiences on each title.

In film and TV marketing, the campaign is king. Studios hone a cohesive tone and singular message, and all marketing materials become aesthetic descendants of that north star. But gamers tend to be more immersive consumers than the traditional theatrical audience; and so game marketers need to operate across a greater number of diverse platforms. The result is more horizontal movement within the campaign across channels like Twitch, Reddit, and vlog communities. Each video game trailer, TV spot, digital spot or live experience takes on its own identity and tells a story that stands alone from other pieces in the campaign. This allows for more localization, more experimentation, and more adjusting on the fly.

Because the video game marketing model is more fluid than its theatrical counterpart, clients and creatives in trailer audio have more freedom to craft bold ideas that resonate.

One thing we know for sure is that the entertainment marketing landscape has blurred over the last couple of years, but with that is an opportunity in video game trailer audio. More people than ever are getting their entertainment interactively right now. Bolstering this is the enhanced technology of new consoles that offer more than just upgraded graphics and unparalleled processor power. This means new places for creativity to grow in games and the media we make to sell them. Since the gaming model is already built for experimentation across a diversity of platforms, sound artists should feel well-positioned to push boundaries and create audioscapes that stand out.

If you’re looking for audio for your next video game trailer release, explore Sencit’s catalog. 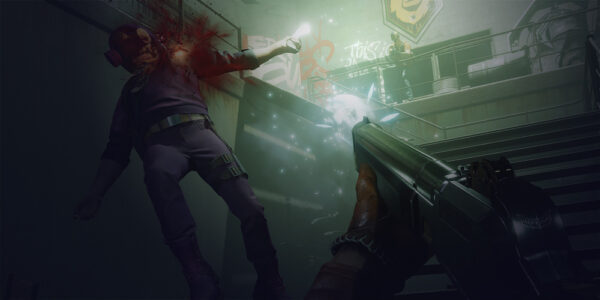 All music and sound design provided by Sencit requires a license for use. To license music or sound design for your trailer, spot, or campaign, please follow these steps:

Click Start Licensing below to fill the form or email [email protected] with details as described on that page.

Complete the license, pay for the use and sync the music!